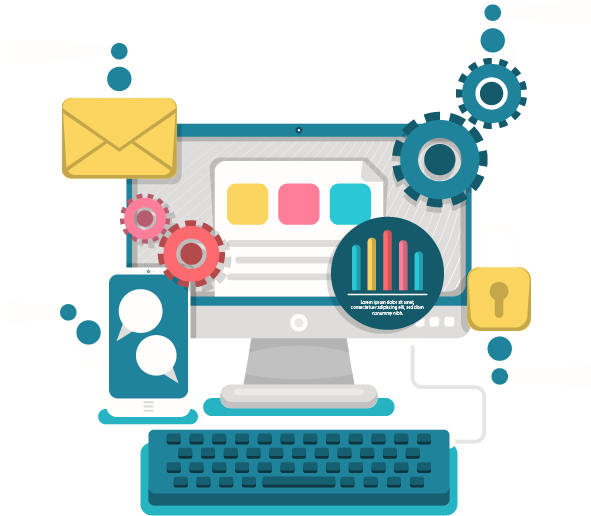 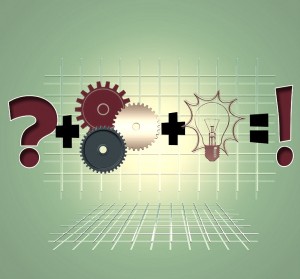 The latest version of AutoIt can be downloaded by visiting the following website.

In order to make use of this scripting language effectively, let’s take a look at the built-in tools offered by AutoIt.

Script recorder offers provisions to record actions of each mouse click. The script recorder tool proves to be very handy for beginners. The tool resides in the following folder [Installed Folder/Extras/Recorder] and the current version is v3.3.14.0.

The script recorder has the ability to record tasks performed by a user by tracking the mouse movements (x, y coordinates) and window text. Additionally, it has a unique feature that generates internal functions, which helps users to activate window or set delay for a smooth playback. All actions performed by users, such as mouse clicks and keystrokes are captured along with the information of the active window they are working on. Moreover, all this information is automatically captured on the SciTE editor.

The SciTE editor is used to develop scripts and it offers certain really useful features such as syntax highlighting, code folding, auto complete, etc., which are very handy for developers. A lite edition of SciTE editor is bundled along with AutoIt, which is quite effective to build/write descriptive scripts using different control parameters and execution logics. Below are some of the key features of the SciTE editor:

SciTE editor also offers exhaustive documentation (help files), which is quite descriptive and includes examples. If you are stuck with a problem or want additional information about any function, variable or syntax, etc. then you can use help function by clicking the F1 key.

Equally important is the finder tool, which helps developers to capture the windows GUI objects and its properties. Additionally, using the features of this tool developers can uniquely identify objects. This tool provides details of the properties of an object and can be activated by dragging and dropping it on a window object. By making use of finder tool, developers can get information about window titles, text on window, window size etc. Below is an example (screenshot) of using the finder tool to automate a calculator. 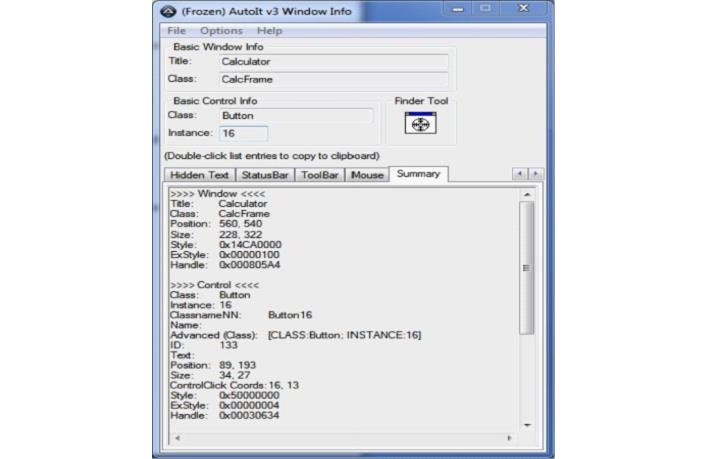 Hope the blog helped you gain insights on certain basic features and functionality of AutoIt. In my next blog, we will learn writing basic programs and find out about the advanced level of identifications in AutoIt.