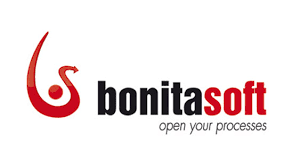 A workflow designed in Bonita 6 can be seamlessly migrated to Bonita 7 and deployed without any glitches, provided the right steps are followed during the workflow migration. As we already know, BPM 7 contains a lot of interesting and useful new features such as the UI designer (an interesting tool integrated with Bonita software) where forms can be created effortlessly. Further, it provides certain attributes such as contracts and constraints, which check the authenticity of the input data before a case can be initiated or moved to the next step.

Below are some of the areas where major changes are required to make use of the new features provided in Bonita 7:

Migration is easier if a Business Data Model (BDM) has already been created in Bonita 6. A BDM is a structure/hierarchy that contains multiple business objects (BO), which in turn comprise of multiple attributes each. Further, a BDM is used by distinct processes across the same tenant and hence must be created in a correct way.

A sample structure of the Business Data Model is illustrated below:

The image below highlights the place where a business variable should be defined in Bonita 7.

It is always recommended to make use of business variables whenever the business data is to be utilized in different processes, as the process level variables are limited to only that particular process and not available outside the process.

The UI designer introduced in Bonita 7 is highly powerful and helps users to create a rich UI. Below are some high level features of the UI designer.

The image below is a screen grab of the UI designer’s home page.

Here’s a snippet of how a sample form appears before preview.

a) Contracts and Context

Bonita V7 has introduced another fascinating feature where pages, forms, REST API extensions etc., can be designed, coded, and created externally and subsequently imported into the Bonita portal to be able to utilize the user’s custom defined features.

With the introduction of the UI designer and the various interesting features outlined above, Bonita has made it easier for its users to create workflows. Further, the Bonita application platform allows developers to build really engaging business applications for enterprises. The process of migrating workflows from Bonita 6 to the new Bonita 7 is fairly simple if the right steps are followed.

Sujatha Ravichandran was a Software Engineer at Evoke Technologies. She is competent in core Java, web application development, Spring, Hibernate, HTML and CSS. She has an excellent grasp of Bonita BPM open source software and its functionality. Sujatha was part of multiple Bonita BPM projects at Evoke.

Sujatha Ravichandran was a Software Engineer at Evoke Technologies. She is competent in core Java, web application development, Spring, Hibernate, HTML and CSS. She has an excellent grasp of Bonita BPM open source software and its functionality. Sujatha was part of multiple Bonita BPM projects at Evoke.